What's on your mind?

I need to buy like 10/10 of Dr Allen's colorful blouses and shirts!!! Where can I find info on brands and where to get them? 😍

I can't be the only person who almost cried in the end of the episode.

How many crimes do you think Salen committed?

I'm new to the show and this wiki is quite confusing.

Firstly, Carly. In her wiki it says her last appearance was in the episode "Autopsy", but her trivia says she was still here in a later episode (E9S4)

Secondly, Claire. On her page it says that she works at:

San Jose St. Bonaventure Hospital (Former), but on the hospitals page down in employees it says she's still working here.

Last season was awful. But Salen I think she saved the show! 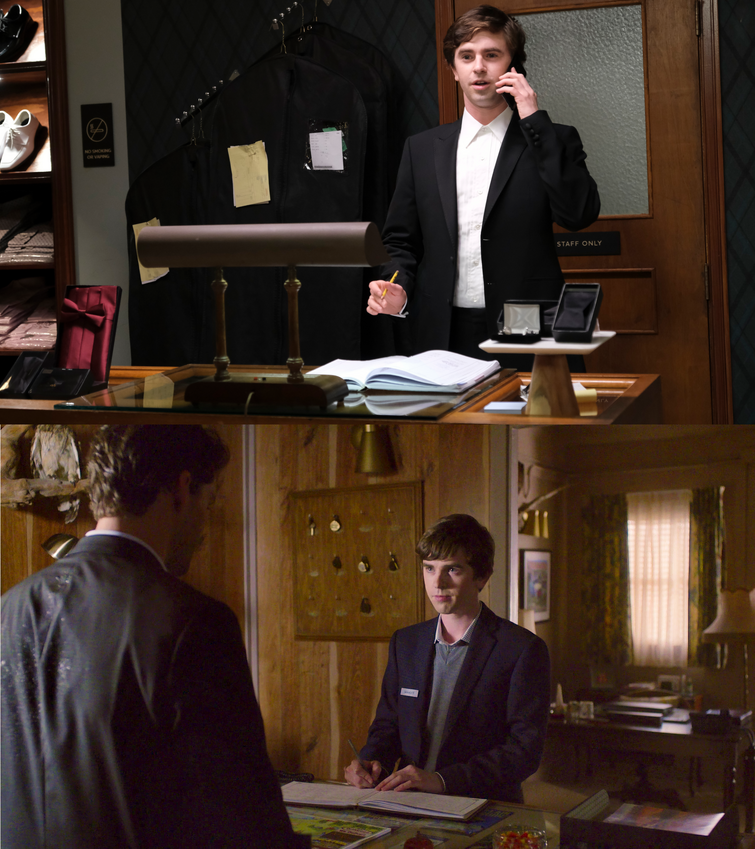 Ok am I the only one that cries when Shaun hugs someone? Like literally every time he hugs a person and doesn’t feel uncomfortable with it (especially Glassman and Lea) I am crying more than on Titanic

I wanna know, who is the antagonist in Good Doctor and why since i'm only at Season 2

There is so much I could possibly write about him to express my utmost love and deep feelings I have towards him. I'm not crazy but I even dream about him. Can somebody tell me what the odds are of him possibly seeing this post? Because if there was any chance I would die a happy person.

What does the "I'm sorry" at the end of the promo mean? Is he going to say "no"?

When you JUST entered the fandom and you are looking for fanfics, because why not? And then you get this:

IM SORRY, WHAT? EXCUSE ME. well it's to late now.

My husband and I adopted our 11 year old son (now 29) from Guatemala in 2003. We have traveled to Guatemala City several times, during the adoption process and afterwards. Our son was a legitimate orphan whose extended biological family was aging (his great grandmother caregiver was in her 90s) and unable to guarantee a stable home for him through adulthood. He has maintained a close relationship with his biological family, but not every Guatemala adoption was done properly. As a result of international pressure, Guatemala shut down most international adoptions until the country could build a system to ensure an infant wasn't stolen or sold for money. For more information, read this eye-opening article.

A painful truth: Guatemalan adoptees learn they were fraudulently given awayNBC News

When we traveled to Guatemala in 2003, the American embassy encourages us to stay near the hotel and embassy and to avoid walking around in public with our new son. Why, you may wonder, when all we wanted to do was show our son off to the world as a new family member? It turns out, with all of the country's corruption, many believed their version of QAnon conspiracies -- they believed Americans were adopting Guatemalan children for illegal organ harvesting. Since Guatemala's police force has been "non-existent" since its civil war (which leads to restaurants like McDonalds being guarded full time with private, machine gun armed security forces), Guatemalans often resorted to "vigilante justice" if they feared their citizen was being kidnapped or parts. We were also repeatedly warned about kidnapping and ransoms placed on Americans. We learned to rely on American hotels and their close relationships with taxi drivers and we would pay for a driver to take us everywhere during our trip. We did not encounter any security issues.

Usually, when shows try to portray Guatemala cities, they make it look like a "Mexican" city, which it is not. In reality, Guatemalans speak a different accented Spanish from Mexicans (and they even mentioned this when the clinic surgeon tried to place Dr. Murphy's Spanish accent). The extras waiting for examinations were dressed in clothes typical of a Guatemalan village -- some in Western American clothes (with cowboy hats and boots) and others dressed in typical Mayan clothes such as Huipils. Guatemalans are recognized around the world for their exquisite weaving skills.

Some other situations / set pieces consistent with our memories of Guatemala include a) the appearance of the Quetzaltenango bus" In Guatemala, they were called "chicken buses." It is common to find these buses, and they are often stopped for flocks of animals. (As a side note, my recollection was that Guatemalan's drive as we do in America, but the taxi driver's steering wheel was on the right side during the "fauxnap" of Dr. Lim and local doctor).

I couldn't tell if they were also trying to point out how Guatemalan food may have the same names as popular Mexican dishes, but they are often not the same dishes. They mentioned and showed the characters trying "chicarrones," which are different from Mexican food of the same name.

Ultimately, I have watched every episode of this show since it first aired. I enjoy David Shore's vision of this show (and would LOVE to have his ear for an hour with a few ideas of my own about these characters). I also know this show is usually filed in Vancouver and, given COVID, I was expecting to see a show that "tried its best" to look like it was filmed in Guatemala. If it wasn't actually filmed there, it is clear that they reached out to people who had actually been to that country and the small details were really noticed.

I have tried to find any reference to the shooting locations for this year's last two episodes, but I have been coming up empty. Hence, I decided to post on here where I know people who might know about the show may take the time to respond.

I am looking forward to next week's episode, although I really hope this is NOT Lea's last episode because it would seem like too much of a "giving up" view than these characters have historically demonstrated. I am hoping there are more "nuggets" to love and appreciate next week showing the beautiful country of Guatemala. 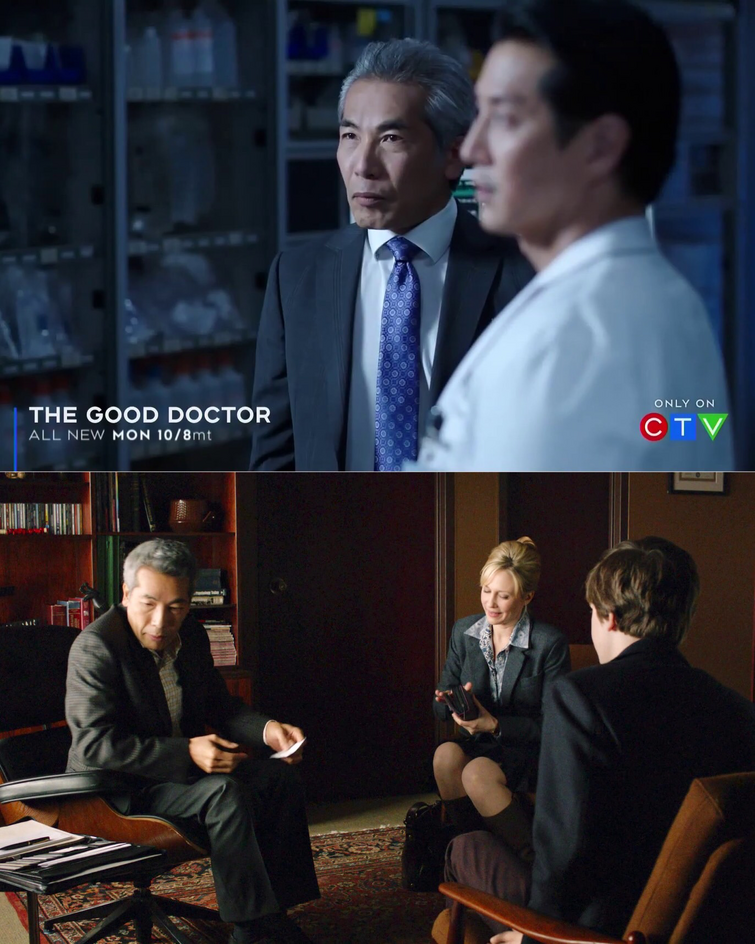 It really bothers me that Shaun and Lea have lost their baby... But I don't know why, I was sure, right before episode 16 that this was gonna happened. It was too beautiful to be true. 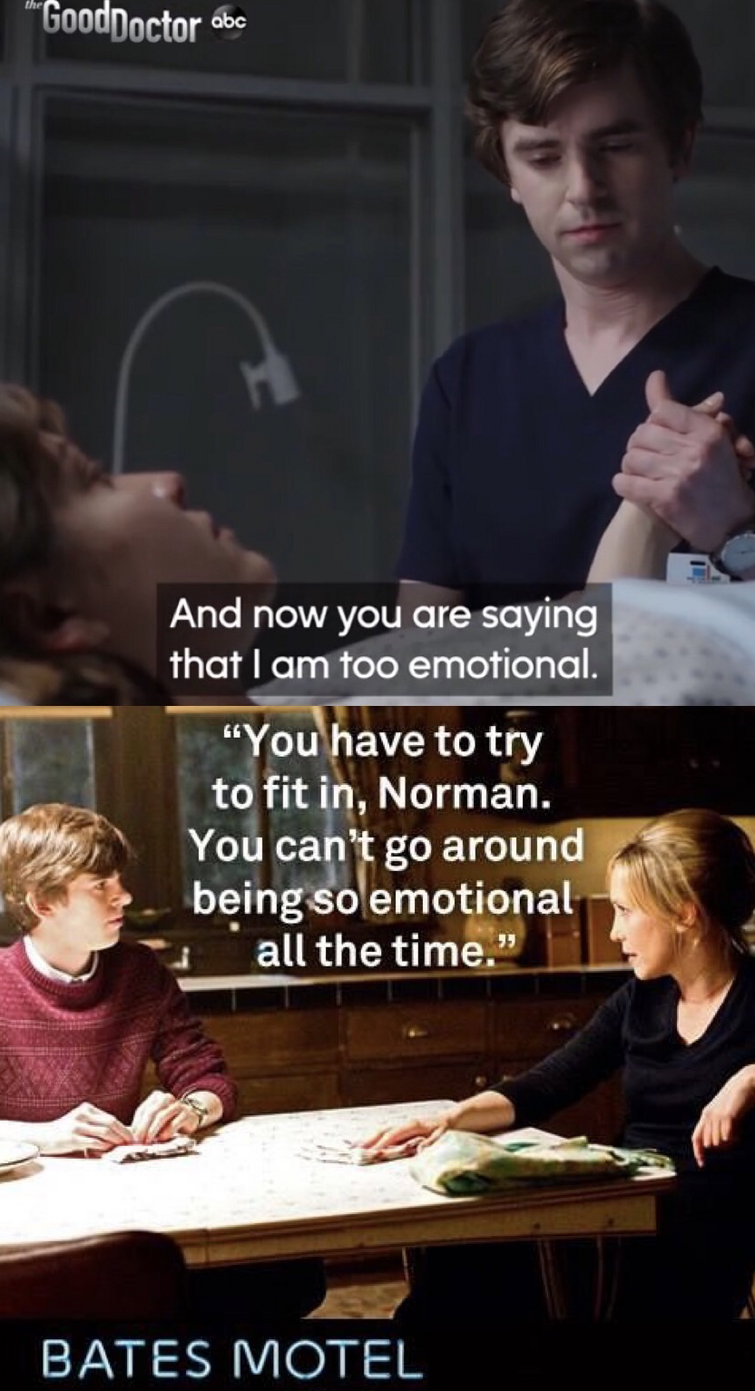