"Decrypt" is the tenth episode of Season 4 of The Good Doctor. It is the sixty-sixth episode overall and aired on February 22, 2021.

When the hospital is hit with a cyberattack threatening to shut down life-saving machines, Lea rises to the challenge and looks to outsmart the hackers to prove herself. Meanwhile, the team treats an inspirational cancer survivor-turned-successful-philanthropist who harbors a dark secret.[1]

Morgan continues to make the best of a situation that wasn’t in her original plans. For as a doctor, and patient advocate, with a network of surgeons, she knows who is the best, who is willing to go the extra mile, and with the help of Alex, Asher, and Jordan, she finds a way to get one person to give up their kidney and another to give up some of their liver. While Dr. Glassman and Morgan may not talk about her future in the hospital, she may have the knack for administration beyond her current job.

For nearly her whole life, Olivia has tried to appease her family members and thus stuck to the path they chose for her based on what they saw as her aptitude. The problem is, she fell out of love with medicine a long time ago, and when she found out, she took it.

Her exit in the form of a patient named Cort Graham, who comes to the hospital, and is regarded as a high-profile patient. While he is not high profile enough to get a fancy room and be courted for donations, he is big enough that there is a certain amount of privacy that is supposed to be considered. So when he reveals that he lied about ever having cancer, this shocks Claire and makes her apprehensive about treating him.

Eventually, it is leaked to the press that Cort lied, while Dr. Lim already has her sights on Claire and, pending an investigation, is all but ready to fire her. However, with seeing an out and not wanting Claire and Dr. Lim to ruin what makes the department great, Olivia throws herself to the wolves to save Claire’s job and end her own medical career.

However, Olivia told Dr. Andrews about Cort’s lie, and in reality he is the one behind the leak. He confesses to his niece that he believed that no one would trace things back to him and thought it would be safe to reveal what he knew. However, in the end, he gave Olivia what she needed more than an opportunity at the hospital and any leg up he ever gave her . Thus, she finds this as a means to get back her life and figure out who Olivia is without all the ideas other people have for her.

Meanwhile, Lea’s role as the IT director comes to the forefront when there is a major data breach. Dr. Glassman goes back and forth between letting Lea do what she was hired to do and just paying a ransom. Thus, when it comes to the insurance adjuster and Dr. Glassman, each gives off a lack of faith in her, and this undermining action frustrates Lea more and more. It even makes her snap at Shaun a bit and leads to her believing he doesn’t respect her or what she does either. In reality, he just doesn’t know much about what she does, what’s appropriate, and what’s not in this scenario.

In the end, Lea does triumph and manages to save the San Jose St. Bonaventure Hospital nearly $2 million, and while she doesn’t necessarily need it, also manages to earn a newfound respect from Dr. Glassman who invites Lea to join his next poker game.

At the end of the episode, a remorseful Lim comes to Claire's apartment to make amends with her friend for her unfounded suspicions and recent distance from each other. Claire accepts Lim's peace offering and invites her in to hang out together again. 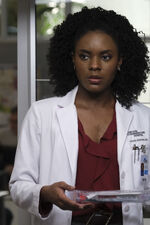 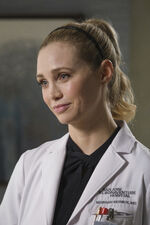 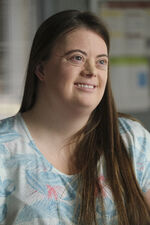 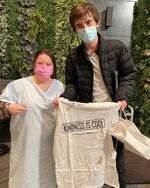 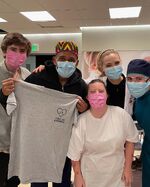 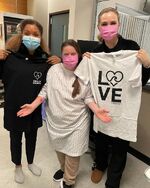 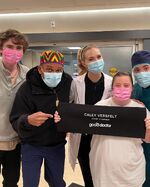