"Fault" is the fifth episode of Season 4 of The Good Doctor. It is the sixty-first episode overall and aired on November 30, 2020.

Dr. Shaun Murphy questions his decision to give the new residents autonomy when one of his intern’s misdiagnosis of a patient has dire consequences. Meanwhile, Dr. Claire Browne, Dr. Alex Park and Dr. Jordan Allen treat a patient with a ruptured cyst affecting key functions of her brain. And elsewhere, Dr. Morgan Reznick and Park bond over failed relationships.[2]

Shaun is struggling with having to teach the newsbies a tiny bit. He just can’t seem to trust that his charges, Asher and Olivia, will be able to do fine. So, he hovers around them until Dr. Lim tells him to just “go away” and at least act like he trusts them. However, Shaun immediately demands a full report the second they finish taking symptoms though.

After two weeks working and observing things at San Jose St. Bonaventure Hospital, Asher finally gets to meet his first patient, Carlo, who is complaining of some back pain. Asher thinks it’s related to a spinal condition. At that moment though, Shaun takes more interest in Olivia’s patient who he immediately recognizes is having a stroke without feeling it. After stabilizing her, Asher asks if Shaun wants to recheck his patient and his diagnosis again but Shaun declines.

Later that day, as Carlo was being discharged, he tries to empathize with Asher’s choice to distance himself from his family and faith, however, Asher rejects it. Before Carlo can respond, he’s gripped with intense pain in his abdomen. On the operating table, they find out it was an aneurysm that was the very root of Carlo’s pains. And it ruptured while he was being discharged. Unfortunately, it becomes quite clear that Asher missed an important detail with his patient, and thereby misdiagnosed him.

While Dr. Lim was taking it easy on him, Shaun wasn’t. Thus, Dr. Lim makes it clear that they’re both responsible for it. Just because Shaun was giving them autonomy doesn’t mean that he should ignore their calls for help because that is not what good teacher would do.

That night, Shaun studies up on leadership books and ted talks in order to change tactics on his lack of teaching style. The next morning, he has prepared lists of skills particularly related to their cases for Asher and Olivia to learn. In return, he only asks for date night advice. Their answer is movies he and Lea can both watch.

Sadly, Shaun doesn't get his date night with Lea after Asher discovered that Carlo has jaundice. His liver is now being damaged by a new aneurysm. To make matters worse, most of their options would simply cause a new aneurysm to form. In their brainstorming session, they conclude that an aorta to celiac bypass would be the best course of action using a vein from his leg to rebuild the celiac.

Before his operation, Carlo asks Asher to be completely honest with him. Although he doesn’t explicitly say it, Asher admits that no matter what they do, it’s bad. Despite that, Carlo is grateful and tells Asher that he’s honored to be his first patient. Because of that, Asher confesses his misdiagnosis, and takes full responsibility for it.

Instead of blaming him or throwing him out of the room though, Carlo asks only one thing from Asher. This turns out to be that he was Asher to pray for him. They’re both non-believers but in that moment, it seemed right.

Most of the operation goes smoothly and there was a clear path to success. But at the last minute, Carlo’s body betrays him. He starts bleeding all over and none of the doctors could do anything about it. Asher desperately tries to resuscitate him until Shaun finally tells him that Carlo is dead.

Asher is painfully distraught. He knows what he missed and he’s fully aware of the responsibility he has to carry. But he’s not alone. Shaun also fully realizes the responsibility he holds as a mentor. After the operation, he goes to Glassman and admits his shortcomings as a mentor. Particularly, he blames himself for Carlo and fears that his inadequacy in communicating what he really needs will lead to more deaths like him.

Dr. Glassman tells him that he’s going to make mistakes like that. Some days will be better. But on the days that aren’t, Glassman advises him to “go home, be with the people you love, take comfort in that and you wake up tomorrow and start all over again.”

Later, Shaun sees Asher alone still processing the loss. When Asher admits he just didn’t want to be alone that moment, Shaun wordlessly takes a seat beside him. And when Shaun gets home, he silently curls up with Lea.

Elsewhere, Alex and Claire along with Enrique and Jordan take up the case of Ellie who came in with her new boyfriend Zane complaining of a migraine. That migraine turns out to be something more complicated. More specifically, Ellie has a bundle of teeth, hair, and fat beside her hippocampus.

As it turns out, Ellie is actually married and her new boyfriend Zane is all too aware of it. Since he couldn’t make any medical decisions for Ellie who needs surgery, Alex and Claire are forced to call on her husband, Brendan.

Brendan, of course, finds out the truth but he still makes the decision for Ellie. After the surgery, he confronts Ellie and it ultimately ends up with her answering his “Were you happy with him?” question with some indecisive silence. Suddenly, just as he’s about to leave, Ellie whips around and asks who the doctors were.

Apparently, the operation left her with retrograde amnesia and they’d need to do another operation to fully fix the damage left by the teeth-hair-fat bundle. The only hitch is that it’d risk her losing more memories, specifically, those that she made with Zane who she is in love with. After explaining the situation to both men, it becomes obvious that both of them love Ellie and they’re both not willing to lose her.

Since Ellie isn’t willing to forget Zane, Jordan suggests Zane appeal to his girlfriend. As painful as it is, forgetting him is the only way she could survive. On the other hand, Brendan is torn as well. Ellie might forget Zane but the damage has been done and he’s not certain Ellie would be happy with him again. Fortunately, Enrique pulls through with an idea. He might be all for polyamory but he does value honesty as well.

After the operation, Ellie forgets Zane, who doesn’t fight it and lets Brendan take over. After telling her he loves her no matter what, Brendan shows his wife the video she and Zane made before her operation for her to remember what happened.

Afterward, Ellie admits that she loved Zane. She felt things with him she hasn’t felt in a long time. But she also deeply loves Brendan. In the end, she decides to stay with him. Seeing the couple reunited from the outside, Zane takes one final look at Ellie and leaves quietly.

Elsewhere, Morgan and Alex are discovering new things about each other now that they are roommates. More specifically, Morgan has decided that her new hobby would be going through all of Alex’s things and teasing him mercilessly about it.

Her first target was his parrot sculpture wondering why out of all things, it’d be the item that he would choose to lug around. Alex quickly dismisses it as a memento of his being a Parrothead but, of course, Morgan doesn’t leave it at that. She even sets his ringtone to a Jimmy Buffet song that Alex fails to recognize.

When Alex finally admits that the parrot was from his ex-wife, Morgan’s teasing is directed to calling him pathetic for not moving on in various ways. As revenge, Alex also goes through Morgan’s things and finds stuff from ex-boyfriends that she’s kept, proof that she’s also a sorry excuse for not moving on. Morgan still does get the last word because while she’s still getting something from her ex (sex), Alex is just losing.

In the end, they both agree that they’re sad sacks who aren’t really good at moving on. To celebrate that, they each toss the mementos they’ve been keeping from their exes. For Alex the parrot sculpture and for Morgan, a jersey. Lastly, Alex also decides to get on Bumble and Morgan ends up swiping right after coming across his profile. 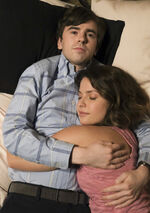 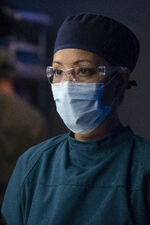 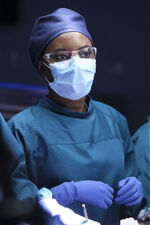 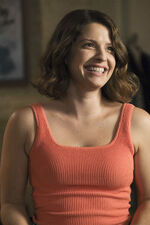 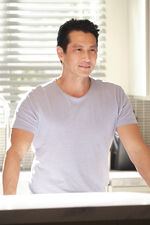 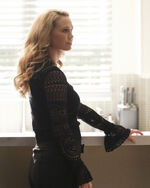 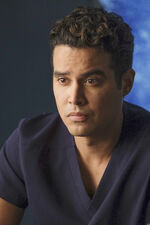 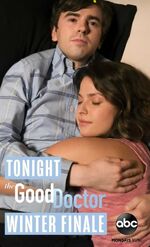 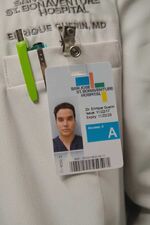 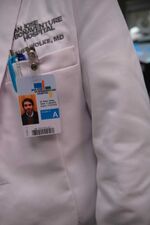 Dr. Lim Gives Shaun a Lesson on Being a Manager - The Good Doctor