View source
watch 01:55
'The Good Doctor' Profile: Jared Kalu
Do you like this video?
Play Sound

"Shaun believed there was something wrong with the patient. Shaun communicated with him, connected with him, got him to come in. And whether he's right or not, I couldn't be prouder to back him because he sticks to his gut and he fights for what he thinks is right!"
—Jared Kalu[src]

Dr. Jared Kalu is a former surgical resident at St. Bonaventure Hospital. According to his accent and history, Kalu is clearly from the United Kingdom. Despite his strong physical stature, Jared is emotionally soft and caring. In fact, he occasionally has difficulty controlling his caring, protective emotions. He forms a bond with Dr. Claire Browne. He lost his job after physically assaulting an employee, Dr. Matt Coyle, who previously harassed Claire. He gained his job back by playing the “race card”, something which caused Dr. Neil Melendez and Dr. Marcus Andrews to lose respect for him. He broke up with Claire Browne at a later point and left the hospital to work at Denver, confirming his departure from the series.

Jared grew up in a rich, yet negligent family. He was raised by nannies and was frequently sent to boarding school.  He spent Christmases with his parents during his academical life. At the age of 18 he moved out to pursue a career in medicine, going against his father‘s wishes. After an unknown amount of time he returned to his family’s house to inform his parents of his achievement, only to discover that they had moved out months ago without informing him. This left Jared with a vulnerable mental state and difficulties with romantic relationships, as he has felt unrequited love since childhood.

Jared then went to work at St. Bonaventure Hospital and soon formed a relationship with Dr. Browne while working there. 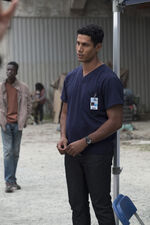 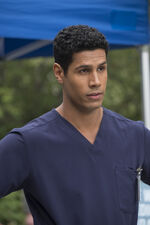 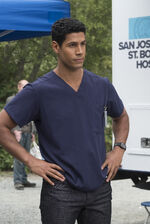