"Lim" is the sixth episode of Season 4 of The Good Doctor. It is the sixty-second episode overall and aired on January 11, 2021.

As Chief of Surgery Dr. Audrey Lim struggles to cope with the residual emotional trauma of COVID-19, she encounters a young war veteran fighting debilitating PTSD. After discussing his case with the team, Dr. Claire Browne suggests a radical treatment to help him. Meanwhile, still reeling from the recent loss of his mentee’s patient, Dr. Shaun Murphy declares he doesn’t want to teach the new residents anymore. And elsewhere, an eccentric patient keeps the team entertained[2]

On her way to work, with her speeding in an effort to drown out her thoughts, she comes across a veteran named Ben who has vivid flashbacks due to his time in Kandahar, Afghanistan. He was hit by a car and Dr. Lim takes responsibility for him at the hospital, with Claire’s assistance.

Elsewhere at San Jose St. Bonaventure Hospital, Alex and Morgan living with each other has led to the two doctors engaging in petty bets and games, which is now spilling over to their work life. Dr. Lim initially thinks something up with them wearing crocs to work but she draws the line at them putting grills in their teeth. As it turns out, the reason they are engaging in these shenanigans, is because neither one wants to deal with a mouse and so they are coming up with creative ways that will make the other person tap out. This nonsense leads Dr. Lim to send them both home for being foolish, inappropriate and wasting everyone’s time.

As this happens, Dr. Lim encounters a woman named Rose who claims to be such an empath she can feel Dr. Lim’s stress to the point of her blood pressure rising. Rose’s mumbo jumbo makes Dr. Lim very uncomfortable so she tries to avoid her at all costs. Lim then experiences some ringing in her ears.

Lim doesn’t have time to question her mental and emotional state since she has so many patients and nowhere near enough time to treat them all. This is why she tries her best to leave them in the hands of her employees but when some like Claire want to try procedures that go beyond their scope of care, Lim pushes back. After all, it was only a few months ago elective surgeries were on a case by case basis. So while Claire has found one which could treat Ben’s PTSD, that will maybe give him a normal life with his partner, Zoe, Lim isn’t originally down for it.

That is, until Ben seems on the verge of suicide because of the guilt from missing an IED and countless lives dying in the process. With that in mind, Lim allows the surgery and it seems to help the Afghanistan vet.

Though with Ben experiencing PTSD, and Dr. Lim seeming off, it leads Claire to try to open up to Dr. Lim about her own PTSD diagnosis. While Claire means well, for Dr. Lim, the idea of wallowing in the stress of her job doesn’t make sense. She knows what she has signed up for and it seems she’d rather blast music, speed down roads, then talk about having to hear people’s time of deaths over and over in her head. It becomes apparent then that her stress isn’t just affecting her, but it’s also starting to affect her relationship with people around her.

When it comes to Jordan, she snaps at her because she abandoned an abortion procedure, in the middle of it, because of her religious beliefs. Jordan did originally say she didn’t want to do the procedure because it goes against her Christian beliefs, Olivia had stepped up in her place. However, Jordan changed her mind, when Claire reminded her of who she should definitely not disappoint, or potentially upset. While Jordan did end up trying to push through it, in the end she simply couldn’t. Which subsequently led Dr. Lim to blow up on her.

Shaun also gets told off for his search to find Lea the perfect birthday present, combined with him thinking he could tell Dr. Lim what he is or isn’t going to do, in regards to teaching students. She goes onto tell the younger doctor that he needs to grow up and accept some responsibility. Upset with Shaun’s continued defiance and him really testing how much patience he deserves for social faux pas, Dr. Lim presses on and continues to push Shaun to teach. Even when he has a strong desire to just take over the situation because it is easier.

Yet, even with getting a win in having Shaun do what she asked him to, this doesn’t ease Dr. Lim’s stress and Rose, the empath, nearly dies of a heart attack from trying to take on Lim’s stress. Which, of course, Lim refuses to accept the responsibility for because she didn’t ask Rose to. In the end, ignoring the warning signs results in Lim getting into a motorcycle accident on the way home, after having dizzy spells. 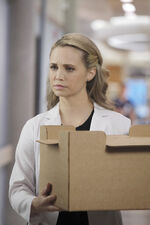 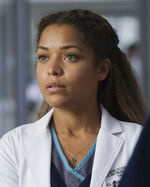 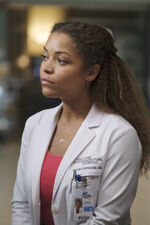 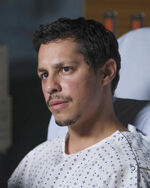 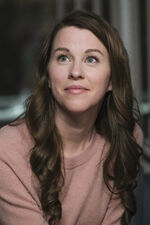 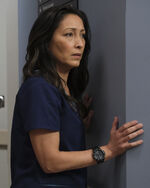 Claire Opens Up to Dr. Lim About Her PTSD - The Good Doctor

Shaun Has a Teaching Breakthrough - The Good Doctor

A Patient Warns Dr. Lim Not to Run From Her Pain - The Good Doctor

The Good Doctor- Behind the Scenes footage (Lim)