"Islands: Part One"
"Sacrifice" is the tenth episode of Season 1 of The Good Doctor. The episode aired on December 4, 2017.

Members of the hospital’s surgical team are initially impressed with a charming young doctor, but his true character puts one of them in an awkward position at work. Meanwhile, Dr. Glassman feels Dr. Shaun Murphy needs a little more support with his personal life and suggests he meet with a therapist. However, Shaun is determined to show him that he can do it on his own.[2]

In Dr. Glassman's office, Shaun sees the therapist hired to help him with in-home visits. He reluctantly agrees to meet with her, after Dr Glassman bribes him with a new surround system for his TV. Meanwhile, Shaun's team is handling an VIP patient named Bobby Ato. Ato is a champion gamer, who is in St. Bonaventure for surgery to repair torn ligaments in his left arm (from over-excessive gaming). He notices how the other doctors treats Shaun "like a noob" and encourages him to stand up for himself and "go for the glory."

Shaun recommends that Bobby should get an MRI, an idea which Melendez initially shoots down, but later agrees on after Kalu speaks up. During the MRI, Bobby tells Shaun that "doing whatever the hell he wants" is always an option. As a result, Shaun decides to avoid meeting with his therapist by sleeping in the hospital custodian's closet late at night. After the MRI, Shaun and Kalu discover cancer which have spread to his brain, making additional surgery much more complicated and results in doubt. When Melendez grills Ato on why he kept his diagnosis a secret, Ato admits that his cancer diagnosis has affected his gaming and he would rather spend his days living rather than dying.

However, Glassman tells Ato he can remove the cancer if he is willing to make a sacrifice. In order to access the cancer, the doctors have to remove part of his brain stem which would paralyze his left side of his body. Despite this potentially ending his gaming career, Ato agrees without hesitation. The surgery is successful, and Bobby reveals to Shaun that he "wasn't good at jack" until he found video games and became the best in the world. As a result, he convinces Shaun to stop letting people tell him what he can and can't do. Finally, Glassman discovers Shaun has been avoiding his therapy sessions, and a confrontation with him in the hospital lobby leads to Shaun having a meltdown, causing him to strike Glassman in the face and run out of the hospital.

Meanwhile, Claire (who did not get a chance to work on Ato's case), runs into an uncomfortable situation with a new doctor, Dr. Matt Coyle, who seems far too friendly. However, when she requests to switch with Jared and Shaun, Jared tells her that she is blowing the whole thing out of proportion. When Dr. Coyle makes unwanted sexual advances toward her, Claire refuses and later yells at Jared for not supporting her and downplaying the issue. Kalu then confronts Dr. Coyle, slams him against a locker, and physically threatens him. As a result, Jared is fired for assaulting an employee.

Later, Dr. Melendez and Jessica have dinner with her father. In a tense situation, Melendez criticizes Mr. Preston as living off his father's money instead of contributing to society. When Preston offers to pay for their wedding so Jessica can quit her job and start a family, an angry Melendez calls him a "parasite." The next day, Melendez apologizes to Jessica for his remarks and learns that she doesn't want to have children. 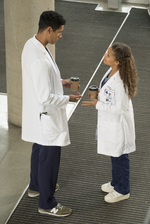 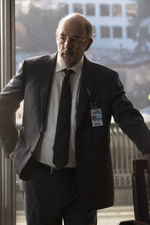 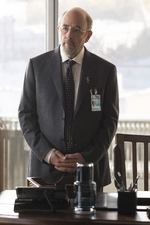 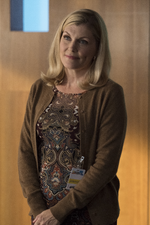 Retrieved from "https://the-good-doctor.fandom.com/wiki/Sacrifice?oldid=10408"
Community content is available under CC-BY-SA unless otherwise noted.